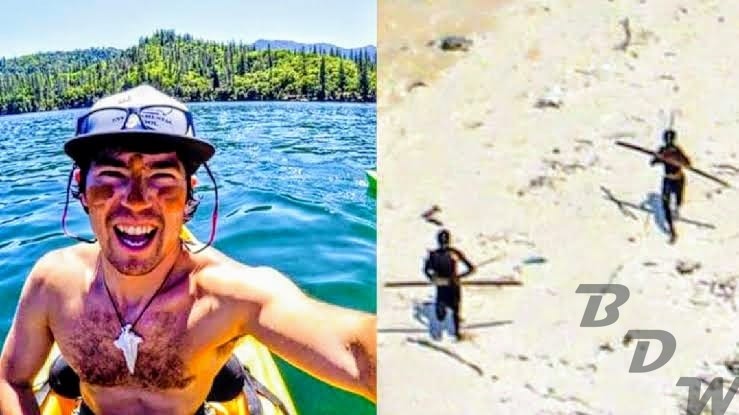 #Evangelist_versus_Sentinelise An American evangelist John Allen Chau’s killing by an isolated indigenous Sentinelise group in the Andaman and Nicobar Islands has sparked multiferous international debates. Who is right in action and intention, the evangelist or the tribals ? Which side must the World take ? The Sentinelise people’s fierce determination to remain isolated and right of choice? Or Chau’s self confessed boisterous rant “worth the danger to reveal Jesus to these people” ??

Coerced conversions occur across religions and cultures. However, it is pertinent to distinguish between religion as faith and religion as ideology. Separateion of the two is difficult, because we live in both worlds. Nevertheless, Religion as true faith involves respecting another’s decision of conscience and it does not compete for space with other faiths. Religion as ideology constantly contests for space, with little consideration for the culture and traditions of the other. In this context, conversion is more a cultural-political issue than a religious one, and colonial powers have amply used it to create empires. It is a form of fundamentalism and all religious fundamentalists are similar, whether they are Christian evangelists or Islamic extremists, Hindutvawadis in India or Buddhist fundamentalists in Myanmar or Sri Lanka. The religious fundamentalist are just like chauvinist politicians, who discredit genuine religious traditions by politicising them. Though examples are plentiful in history, yet we are frugal to learn the lesson of how a religious tradition that marries a political regime in one generation becomes widowed in the next.

Chau was obviously a “foolish man”, a kind man, yet a fundamentalist making the historical mistake of treating Christianity as a political ideology through a rather colonialist mission to convert a remote group he viewed as a primitive tribe. Some missionaries want to be martyrs, they want to prove their bona fide by doing this kind of thing, some act out of ignorance. Maybe he wanted to make a sensation. We don’t know what his psychological motivations were. But he violated the space and the culture of the tribe, when he should have respected them. Cultural dogmatism is a weapon that inevitably leads to ideological and cultural wars.

Conversions, though, are not inherently exploitative, however there are ways of doing it in a culturally sensitive manner. Colonialism often spread religious ideologies through conquest and violence, if not physically, at least mentally. Today, those armies have been replaced by “high-pressure salesmanship”. Contemporary evangelical missions, across religions, use religious television channels and other forms of propaganda to sell their beliefs to others. This is not respectful of other people’s consciences. Chau appeared to be a lone missionary, unaffiliated to any particular evangelist group. But even if he intended to be a “gentle presence” in the lives of the Sentinelese, his mission was inherently violative because it involved contacting a people that have always wanted to be left alone.

Apropos; there is nothing wrong in the process of Religious Conversion itself … But one cannot do that in the form of a Cultural Violator … And definitely not against the wishes or individuals who prefer to be left alone. Practice, preach, do whatever .. but Respect others wishes. That is perhaps the only take home point from this incident.