#Lord_Ayappan_Temple #Taantiya_Dada. Today salubrious evening, sacrificing my sleep time, Me and #Lalan climb the temple of Lord Ayappa. Though I am familiar with the divinity of Lord Ayappa because of my exposure, but this time the visit was indeed influenced by the #Sabrimala issue. Lord Ayappa (in his Manikantha avatara) is the sitting deity of Sabrimala. 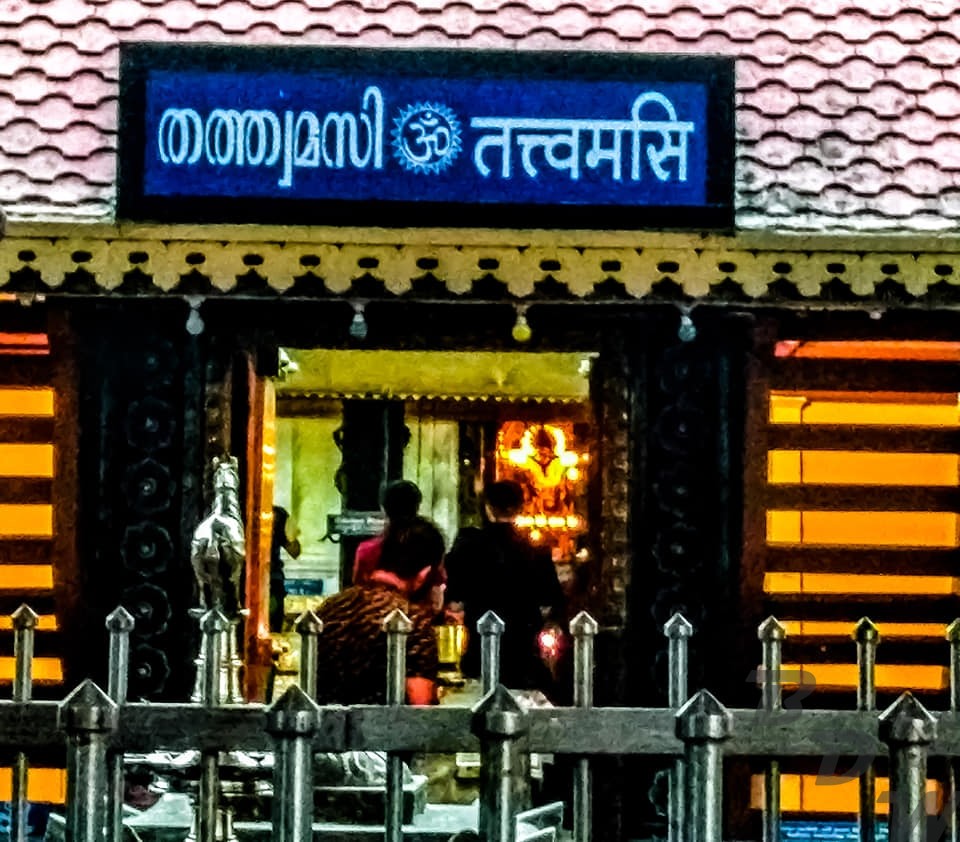 #Who_is_Lord_Ayappa ?? There are so many stories, folklores, tribal tradition and Purana mentions, that it’s not very easy to bring out a real picture. But more or less, the story goes like this. In the later Vedic period, there was a tremendous churning of society that was happening in the Indian subcontinent. There was tremendous friction between the Aryan and the Non_Aryan (Tribal and Dravidian) cultures and so, their Gods were also fighting a lot. However, the society had to stabilize, and the killing had to stop. So, as per the #Sribhutanatha_Purana, Lord Vishnu (essentially an Aryan God) took the form of a beautiful lady called #Mohini. Lord Shiva (essentially a Non Aryan God), united with Mohini to give birth to #Hariharputra (Son of Hari and Hara), Lord Ayappan. This story is substantiated in the #Bhagvad_Purana too, however there the name Ayappan does not figure. Ruth Vanita suggests that Ayyappan probably emerged from the fusion of a Dravidian god of tribal proverance and the Puranic story of Shiva and Mohini’s sexual interaction.
So much about origin, but the stories go much further. Lord Ayappan (around 1st-2nd Century CE) took birth as a common boy named #Manikantham, adopted by the Pandalam dynasty to be brought up as a prince. He survived many conspiracies (most well known was when he came back riding a wild Tigress, when tasked to bring Tiger’s milk for her ailing mother). Manikantham grew up to be a True Yogi, Bravest of the Brave Warrior and renounced the world. There is also a story of him defeating and then making great friend with a Muslim youth named
Vavar. Manikantham (Lord Ayappa) as a true Yogi was a Bachelor and Celibate, and avoided women, because they tormented him to marry them. He also took the journey to the 18 hills and discovered the route to the original temple of Lord Ayappa.There is another beautiful story. Two Apsaras (divine beings) #Datta (male) and #Lila (female) were cursed to be born in Earth as humans. While Datta wanted to return to heaven, Lila enjoyed the Earthly life. Datta then cursed Lila to become #Mahishi (A Rakshashi with Buffalo Horns) and Lila in turn cursed Datta to be #Mahishashura (A Rakshasha with Buffalo horns). Both plundered the Earth, and in due course, Mahishashura (Datta) was killed by #Ma_Durga and Mahishi (Lila) was defeated by Manikantham. Mahishi was mesmerized by the handsome Lord, did penance and begged Lord to marry her. The Lord seeing her devotion, didn’t say no directly, but said that “I shall marry you on these 3 months of that year when there shall be NO NEW pilgrim to Sabrimala”. Unfortunately, till date, records are kept with bows and arrows, new pilgrims throng year after year and Mahishi is still waiting for the clibate yogi Lord. 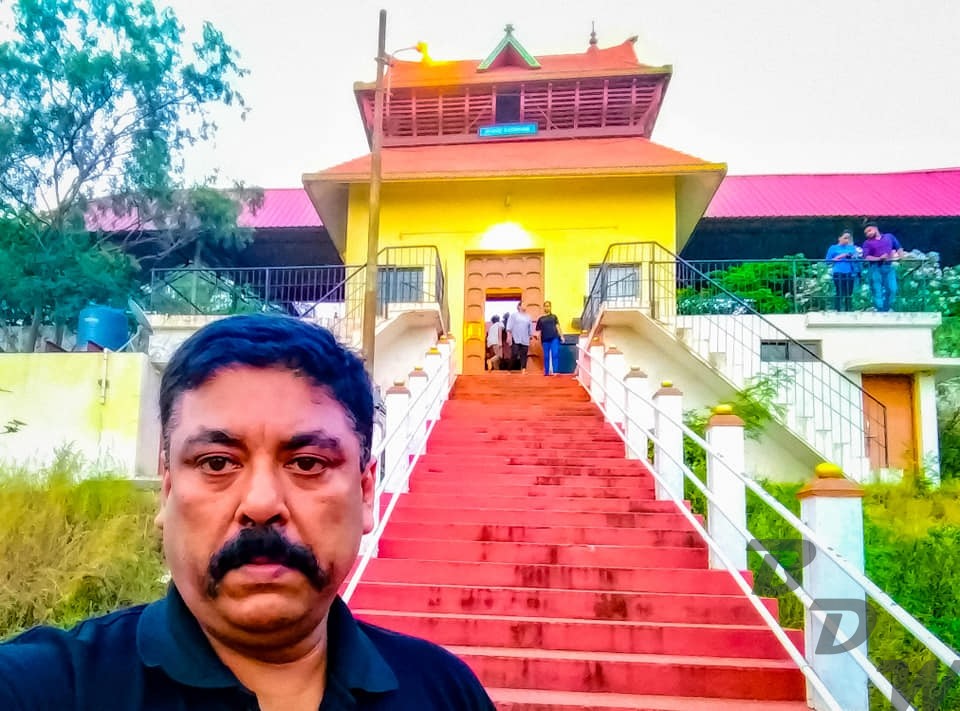 #My_Experience. The Ayappa Temple in Pune is on a beautiful hilltop overlooking Chinchwad .. a place where one can breathe some fresh air. The hill is a favorite hangout for young people (both boys and girls). This temple has no such restrictions wrt visit by specific sex, so I did find some ladies paying their respect there, but I didn’t find any woman inside the main garvgriha (right in front of the Lord). The clean, respectful, auspicious environment amidst nature was my biggest take home feel good factor. 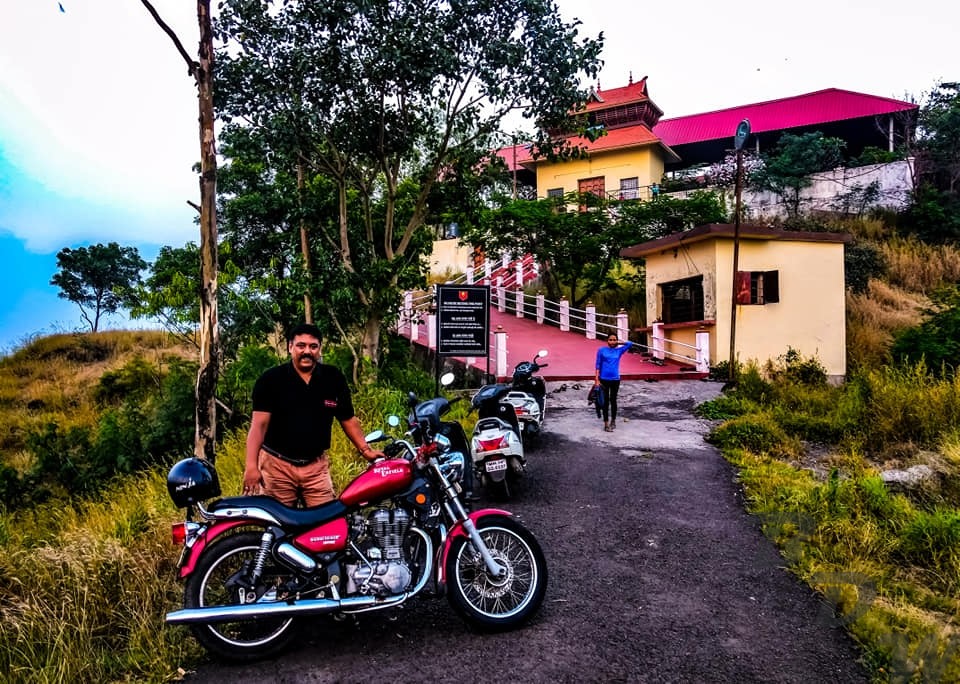 #My_thoughts. God’s were created keeping in view of contemporary socio-political environment. But times are changing. Keeping in view of our Customs, tradition and our rich Spiritual background … We cannot be stuck in ancient times. Things have to change … But no change of society can be executed by police and military. A true change and step forward can only happen .. when all sections of the society step up in agreement. But our country being India .. where corruption, power and division thrives .. the political masters will never allow that. It’s easier to rule millions of divided fools than united wise. Jai Hind.