A total of about 140 km ride in all today from Dimapur to Kohima to Kisama to Zachama including local rides and sight seeing. Night stay in a Zachama Guest room. Very cold here .. 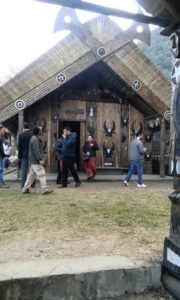 #Nagachilli – In contrast to other days, the day started with sumptuous ghee clad parathas which I dared to try with the Naga Chilli achaar (pickle). Naga chilli shakes a man right upto the nerves and bones ..its so hot. And it’ll leave a trail on your backside as you use the washroom for next two days. Tears flew down my eyes and nose with the first taste. My host had some dahi ready to soothe the mouth. Respect to the Naga chilli … will try again … its a thrill to try something dangerous to the level of life threatening.

#RidetoKohima – 85 km of pure mountain riding, with the first half of 40 km of very good roads and second half of 45 km of absolutely broken roads. Though the gradient is not too much, but the serpentine twists and turns are a motorcyclists delight. But heavy traffic will prevent motorcyclists to try out leaning and cornering. Average speed of 40-60 kmph in 2-3 gear is adequate and comfortable.

#MyFirstFallThisTrip – In a repair stretch of the road, the road was being covered by a layer of mud. As the Maruti ahead of us two motorcyclists skidded, he braked suddenly forcing us to hard brake too behind on the mud, resulting in obvious tumbling. No damages to SwetAgni except for a broken stem of right Avenger mirror. Threw it away, will buy another one when I get a chance. 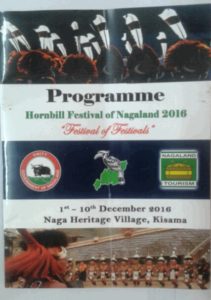 #HomeVesrsusUnknownFood – As I enjoyed the hospitality of a sumptuous North Indian lunch of roti, dal, raita in a friend’s home in Kohima, I was a little thoughtful. It’s a two way card, enjoying the gracious hosts loving meal and the incessant thought of trying out the locally brewed beer and pork and Naga Tribal delicacies, after all I rode 1500 km to be with the Nagas; but friends are important too.

#KohimaWarMemorial – Visited the War Memorial in Kohima and was awe struck after knowing about the Battle of the Tennis Court, in which a mixed Allied Army of British and Indian soldiers took their last stand against Japanese onslaught. Very moving moment. Saw some British ladies who came to pay respect to their departed father and brother in tears. There only is etched the immortal lines .. “FOR YOUR TOMORROW, WE GAVE OUR TODAY”.

#Kisama – The heritage village of Kisama, set on the mountain is like a painting. With row after rows of Naga Tribal Morang, song and dance of the tribals, mouth watering Naga food, shops of tribal art and handicrafts … its a place to soak up. Did start clicking pics .. but next two days are dedicated for Hornbill only, lots and lots of pics and videos coming up.

#NagaTribes – There are a total of 66 pure and composite North Eastern tribes including India and Burma of which 17 major tribes are from Nagaland. The culture of the Nagamese people is a little different from Heartland India. Though our National psych has been to abhorr what we don’t understand, but with changing times, we have to imbibe that “Different is Good”. There is a lot to know and learn from the free mixing Naga society and it can adequately teach India about a woman’s place in the society.

#OnlyHornbillNext2Days – Planning to soak up Hornbill for next two days. More pics, videos, insights are on the way. Btw, saw a live alive Hornbill bird, albeit in a cage. India is a Country of Composite Culture, Religion, Language, Belief woven in a picture of glorious harmony. Tolerance and Acceptance will not come just by saying, it’ll come by knowing and seeing and travelling. I know in my heart that the Youth of India will learn to Celebrate Differences, after all that’s what my journey on the motorcycle is all about….