This Sunday, along with a few close friends associated with our Motorcyclist Social Initiative DINER BELAY HEADLIGHT, we decided to ride to the destination of PANCHET dam and the ancient ruins of GARHPANCHKOTE. Its about a 248 km turnaround from my home; enough for a Sunday morning ride. There were total of four of us with three motorcycles, my REH Swet-Agni, a RE Classic 350 and a Pulsar 150. True mixture of riding styles and personalities.

One needs to travel along the NH2 from Kolkata right upto Asansol. Thereafter, there are 2 options, either to ride through Asansol Town or take the bypass and turn left from Chirkunda. We decided to go via Asansol town and return via Chirkunda. (See pic of map for clarity)

Panchet Dam was the last of the four multi-purpose dams included in the first phase of the Damodar Valley Corporation. It was constructed across the Damodar River at Panchet in Dhanbad district in the Indian state of Jharkhand, and opened in 1959. The Damodar forms the border between Dhanbad district of Jharkhand and Purulia district of West Bengal, before meeting the Barakar at Dishergarh and flowing fully through West Bengal. Panchet Dam has been constructed a little above its confluence with the Barakar. While Dhanbad district is on the northern bank of Panchet reservoir, Purulia district is on the southern bank. Panchet Hill rises above Panchet Dam. The Panchet Dam is an earthen dam with concrete spillway. The reservoir taps a catchment area of 10,961 square kilometers.

Garh Panchkot is a ruined fort located in the eastern part of India at the foot hills of Panchet Hill in the district of Purulia, West Bengal, the ruins of the Panchkot Palace are a silent testimony to the Bargi attack during the 18th century. From a historical perspective Alivardi Khan had become the Nawab of Bengal in April 1740, having defeated and killed Sarfiraz Khan. Rustam Jung, Sarfiraz’s brother-in-law challenged Alivardi Khan but failed in his endeavors which prompted him to sought the help of the Maratha Rulers of Nagpur, Raghoji Bhonsle. A Maratha cavalry was sent by Bhosle who entered Bengal through Panchet and started looting the countryside. These Maratha men came to be known as “Bargi’s”. For about 10 years they looted and plundered Bengal. It ended in the year 1751 after a settlement was reached between the Nawab of Bengal and Maratha King. During one of these encounters Garh Panckot was attacked by the “Bargi” and having defeated the King’s guards they destroyed it after looting and plundering the palace. It is believed that all the 17 wives of the king committed suicide in a nearby well during the attack. Garh Panchkot has lain in ruin ever since. There is enough evidence that dacoits from Maharashtra came to this remote part of West Bengal during 1760.

The Maratha presence could have been a reason for the attack as a chance of conflict of interest with the King of Panchkot was very evident. The whole region is also known as “Maan-Bhum” which literally translates to a land of pride, where pride was above all things. People killed their close relatives for the sake of pride. So it wouldn’t require a Sigmund Freud to answer what led to this animosity between the King and the Marathas but still no one knows the exact reason. Maybe no one will ever come to know what transpired but the reality is that the popular belief is that the Marathas ransacked the King’s palace. Dishonored and defeated the King retreated to a place called Kashipur. “Borgi elo deshe khajna debo kise” is a very common phrase in the villages near Garh Panchokot which literally means – The Marathas have come to our place how will we pay the taxes!

The truest balance of Architechture and pure unadulterated raw nature makes this place a Must Visit for ALL MOTORCYCLIST. Lots may say …. There is nothing out there …. But rethink … WHAT EXACTLY is A Motorcyclist looking for ?? The untamed nature, riot of red colour Palash flower on the trees and strewn along the road, the awesome bendings on the road for cornering and chance to Contemplate about our origin and purpose.
#Peace #RideSafe 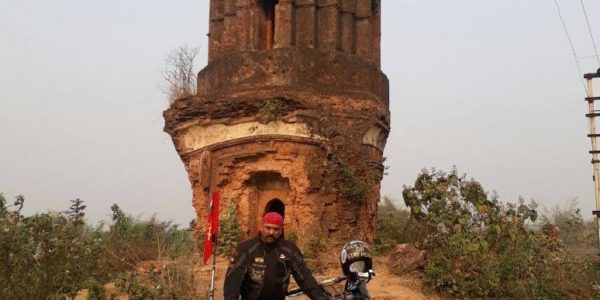 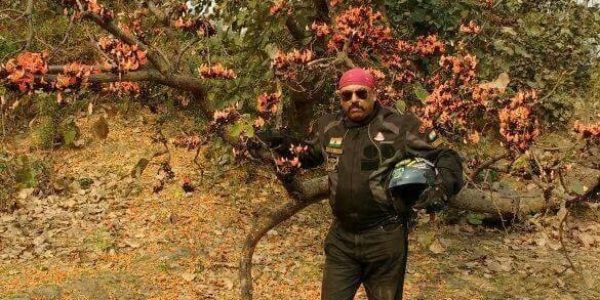 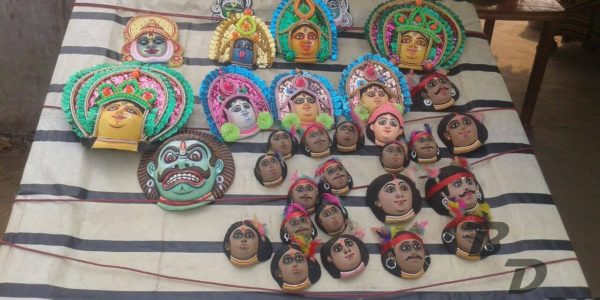 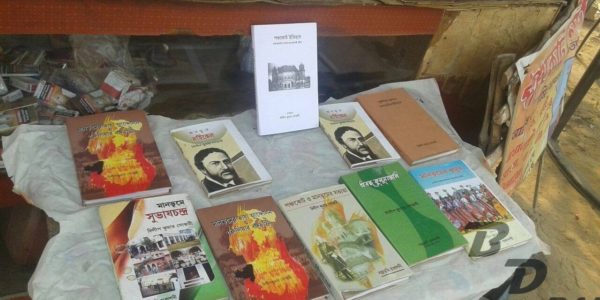 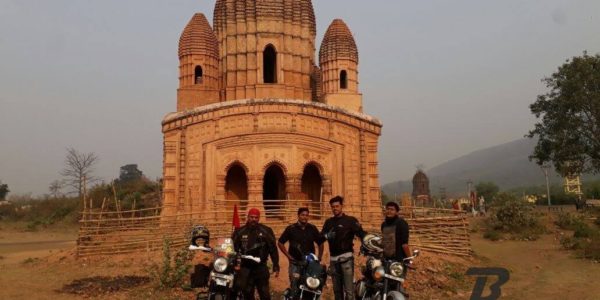