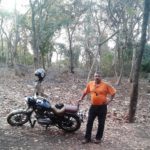 The road hungry Motorcycles can’t sit still for a day, so this afternoon, I had set out for Garh Jungle, within the Ramnabagan Wildlife Sanctuary, situated on the Eastern end of Durgapur, in search of THE OLDEST SURVIVING REMAINS OF DURGAPUJA ever carried out in India, and attaboy, I was welcome surprised. Jewels remain hidden right under our nose, and only if we are aware to actually find them. It was a total of 92 km turnaround from my Home.

I took the Panagarh bypass along NH2 and took a right turn to the Kanksa –Ilambazar-Bolpur Road and rode right upto the village Trilokchandrapur. From there take a left turn into the PWD road, cross Sundiara, Pathardiha and reach the village Kuldiha (the road ends there) and take a right turn to cross Malandighi, ride approx 8 km to reach an innocuous T junction with BROWN TOP ROAD GOING RIGHT. If not careful, one might miss this road. Another 3-4 km aling this wild jungle trail deep inside the forest leads me to the GARH JUNGLE COMPLEX. 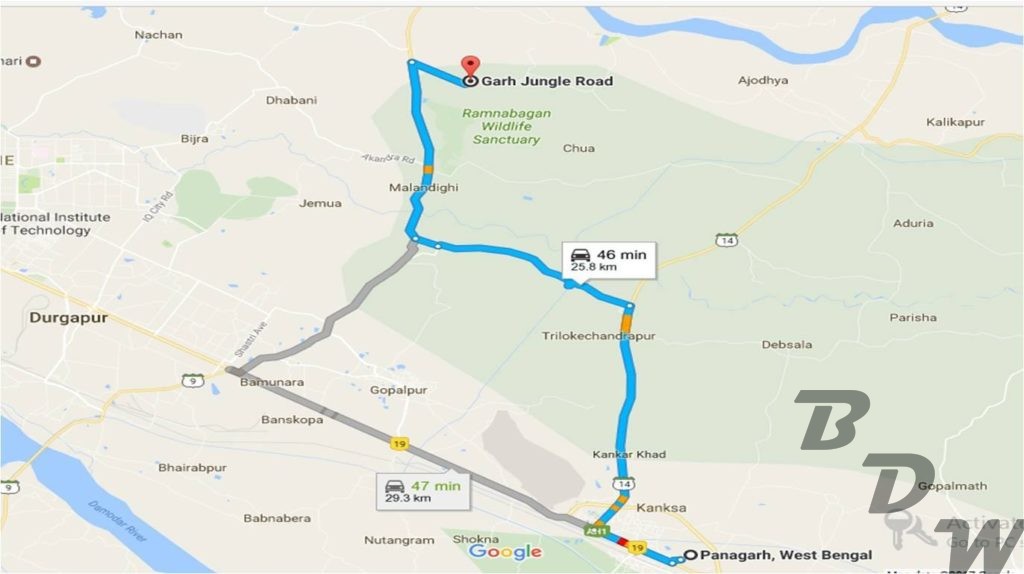 Just Faboulous. Almost 70 percent of my journey was along the PWD roads, and they are just mindblowing. Zero to non existent traffic, almost no human being in sight and massive turns make this a Ride worth taking. This was made even better by about 4 km along the red soil jungle train ending to reach the destination.

This place is also called Dharma Garh of Raja Surath. The place is supposed to be one of oldest places of ancient India. As per the verses of Puranas and Bhagbats this is the place of Satya Yuga where Raja Surath performed Durga Puja at the instruction of Mahamuni Medhas. Raja Surath after being defeated by Kols and Bhils came under the blessings of Medhas Mahamuni, whose ashram was located there and thereafter performed Durga Puja.

Another story says that he temple dates back to the era of Laxman Sen (1179 to 1206 AD). While he took refuge in a place near the Ajoy river, he founded the temple where human sacrifice was practiced. Later poet Joydev showed him a face of Shyam ie Krishna superimposed on the Kali deity and influenced the king to stop human sacrifice. Hence the name of SHYAMRUPA Durga temple located there.

What was especially interesting to see was the Empty desolate winding roads and the almost errie jungle trail. The deep forest leaves a mark in the Lone travelers mind and establishes the thought of days long gone by. Though Not exactly religious by experience, but the Close to the Nature feeling and the mythology is sure to make this GARH JUNGLE a bikers hot-spot in days to come.