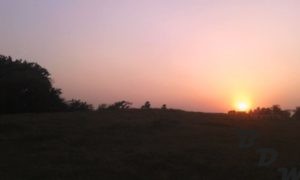 On a lazy afternoon, I had taken out my motorcycle and was on my way of just enjoying some jungle roads … made friends with a few children enroute who directed me to PANDU RAJAR DHIBI, one of the most interesting archeological sites of Bengal. This is located in Village Panduk, Ausgram II Block in Bardhaman district in Bengal.

Travelling along the NH2, one needs to cross the Panagarh Bypass and take a right turn to the Panagarh –Morgram State highway through the Kangshka block and cross Trilokchandrapur, Bananchal, Beldanga, the Banakoti turning and immediately take a right turn thereafter. Then cross Akulia, Chhora, Dinanathpur and reach the village Panduk with the archeological site bang on the left side of the road. While returning I took another beautiful jungle road from Chhora to Genrai to Gopalmath and onwards to Mankar – Budbud – Panagarh. 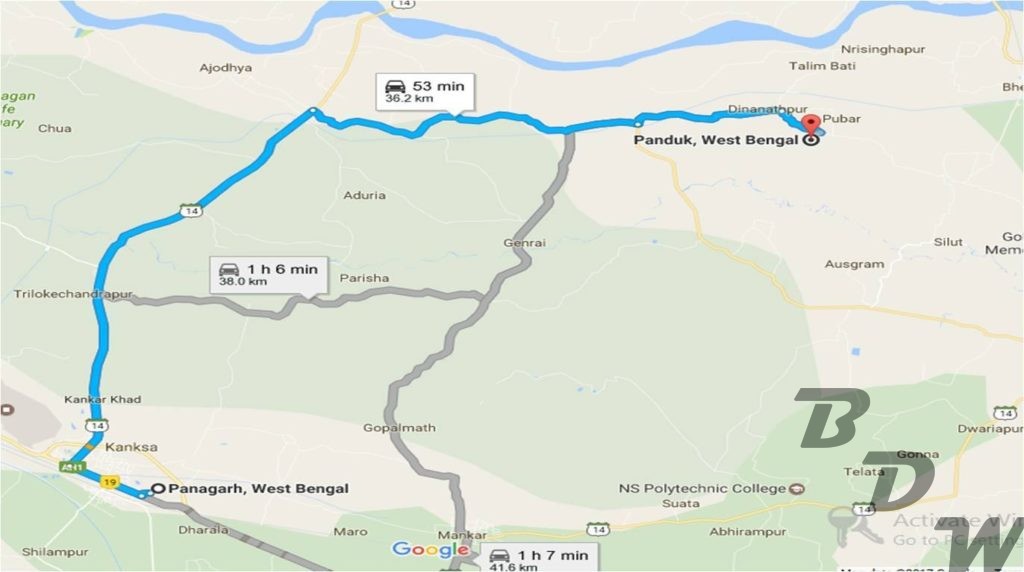 Pandu Rajar Dhibi on the riverAjay, was the first chalcolithic site discovered in West Bengal, India. It is a microlithic site, which was excavated by BB Lal in 1954-57. The excavations at Pandu Rajar Dhibi, carried out in several phases in 1962-1965 and in 1985 by the West Bengal Department of Archaeology have brought to light the chalcolithic phase of the prehistory of Bengal. Subsequently, the number of chalcolithic sites rose to 76, which are now spread over the districts of Birbhum, Burdwan, Bankura and Midnapur, and interspersed by rivers like Mayurakshi (north), Kopai, Ajay, Kunur, Brahmani, Damodar, Dvarakesvar, Silavati, and Rupnarayan (south). From a perusal of the distribution pattern of chalcolithic sites in West Bengal, it appears that there was an extensive rice-producing riparian culture in the area lying to the west of the Bhagirathi. Though the chalcolithic people were essentially agriculturists, they did not cease to hunt or to fish. They lived in modest circular to square huts with mud-plastered walls. There were hearths and garbage-places in the huts. They ate rice, as well as meat, fish, fruits etc. 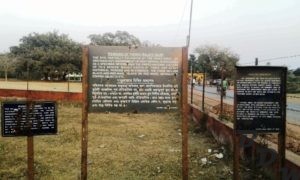 Of the chalcolithic sites that have been found, Pandu Rajar Dhibi is by far the most interesting. The main mound of Pandu Rajar Dhibi is associated with King Pandu of Mahabharata fame. The mound (200m’ 170m) has been excavated five times between 1962-85. In all 53 trenches of different sizes, varying from 4m’ 4m to 10m’ 5m, were excavated. The height of the central portion of the mound is 5m from the road-level.

The 1985 excavation has clearly shown that there were, in all, six periods of occupation at the site. Some of the trenches were dug down to natural soil (compact mottled sandy silt overlying decomposed sandstone). The span of the Chalcolithic period in West Bengal is c 1600 BC-750 BC. Of the six periods noticed at the site, the first two were Chalcolithic (the first one was pre-metallic in as much as no metal was found in it); the third was transitional (overlapping of Chalcolithic age & Iron age equipments); the fourth represented the Iron age; the fifth belonged to early historic and the sixth to Pala or early medieval times. 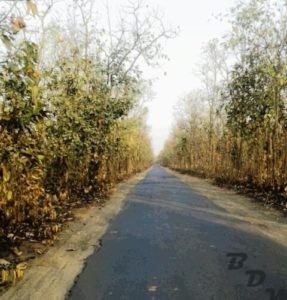 As to the artists of the Chalcolithic culture of Bengal, we are in the dark. They might have been proto-Australoids or Veddoids. From an examination of skeletal remains (14-male, female & children) it appears that they were long-headed and medium to tall in height, resembling the Santals or the Sabaras. There was parhaps a brisk maritime trade in Chalcolithic Bengal, but unfortunately sufficient evidence is not available. Certainly, the Ajay and her tributaries meeting the Bhagirathi were navigable at that time. The excavation at Pandu Rajar Dhibi has provided evidence for the gradual growth of a Chalcolithic culture and its displacement by iron-using people. There is evidence of a great conflagration in period III, which may be considered as the transitional period. The transition perhaps led to the exit of the Chalcolithic culture and entrance of the Iron Age.

You can only see a Mound there once you reach and three small Archelogical Survey of India Boards to stand testimony to the history. Walking around, imagining you are in the Early Vedic period is lots of internal excitement too. If not anything, the wide winding roads running through the forests, negligible traffic to the extent of finding a person after about 4-5 km, the amazing sunset on the Dhibi itself and some mouthwatering TELEBHAJA from the nearby shop topped up with sugary tea is a welcome evening spent. A forest-fire (checked it out -it was safe, ending in a Fire lane) was also a sight I could experience.

MUST GO FOR PERSONS WHO CAN IMAGINE HISTORY IN THEIR BLOOD AND LOVE JUNGLE ROADS.